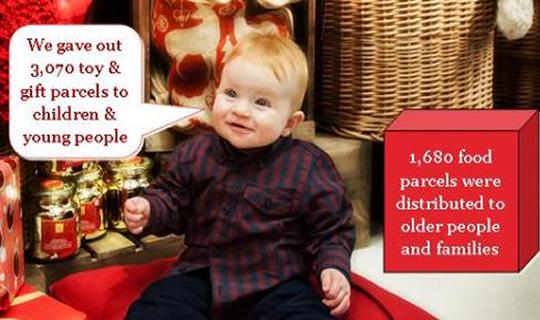 From as early as September 2015 we were receiving phone calls and emails from people who wanted to know how they could help at Christmas.  Many were from 'old faithfuls' who have supported our Christmas work for many years and some were from first time donors.  Every one of them combined to produce a wave of love and support for those who needed it at Christmas.

After months and weeks of hard work we were delighted to be able to distribute toys and gifts to 3,070 children and young people throughout greater Belfast, North Down & Ards, Armagh & Dungannon as well as 1,680 food parcels to older people and families.

One of our Project Workers (Teresa), supports a young single mother whose parents are deceased and who spent most of her childhood in care.  After bringing toys and food to the young mother, Teresa wrote to us to say,

"...The donations have relieved a huge amount of pressure for her and when she saw that her little girl was donated a 'Frozen' doll, this was just her highlight because it was exactly what she had asked for from Santa.  From myself, the young person and two very lucky children we want to say a HUGE thank you to everyone who donates and organises the toy appeal..."

We would like to extend our own sincere thanks to all those who donated toys/gifts/cash, helped with toy or food gathering, sorting and distribution, made lunches for the volunteers, sponsored an event, collected at the street collection or helped in any other way.  There are too many to mention individually but we would especially like to thank:-

Stella and staff at DSD offices throughout N. Ireland and other local government offices.

Congregations at Methodist and other local churches.

We would also like to thank Enkalon Foundation, Ulster Bank Staff Charity Committee and Sydney Black Charitable Trust for their grants towards the Christmas Programme. 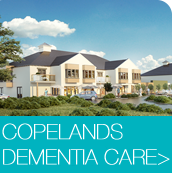 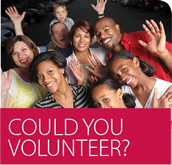